The congregation does all of this under the guiding Principles and Purposes of the Unitarian Universalist Association (UUA) with which our congregation freely associates.

What do the UUCS By-laws contain?

Additionally, the by-laws define the steps for calling a congregational or Board meeting, and the requirements for any group to speak on an issue for the entire church.

What do the church policies cover?

The Board reviews and adopts church policies that further define and confer authority for doing the business of the church not specified or covered in the by-laws. Privacy, Membership, and fund-raising are a few of the topics.

How do the Principles and Purposes of the Unitarian Universalist Association (UUA) affect our church?

As a member organization of the UUA, our congregation subscribes to the goals of the Principles and Purposes of the UUA which provide the over-arching values by which our congregation functions and support the democratic process by which we operate (i.e. one member, one vote).

How does spending on behalf of the congregation occur?

The Board of Trustees proposes an annual budget of expenses and incomes at the Annual Meeting of the Congregation and Members approve a final version. The expenses in this budget are primarily paid-staff compensation, those related to other expenses for building maintenance, office, committee, and UUA-related spending. The members of the congregation approve all spending categories.

What is the role of the paid staff of the church?

The church currently funds these positions:

The Members of the congregation call the Minister or the Board contracts for a minister. The Board reviews and approves the hiring of employees upon the recommendation of the Personnel Committee. The Assistant Minister, Director of Religious Education (DRE), Music Team, and Sexton are supervised by the Minister. The DRE supervises childcare workers. The church supports the tradition of the free pulpit, which means that the Ministers are free to express their own opinions from the pulpit. The Minister serves subject to the approval of the Board (contract employment) or the Members of the congregation, who can also vote to remove a “called” Minister.

What are the roles of the church President and other members of the Board of Trustees?

The Board of Trustees includes: They are elected according to the by-laws at the annual congregational meeting, typically in May. The by-laws charge the Board with: The President and Secretary sign all church contracts. The President conducts the annual meeting and conducts all Board meetings.

What is the role of the Council of Committees?

The Council of Committees consists of the President-Elect, chairs, and representatives of the various committees/teams with the President-Elect serving as chair-person of the council. The council has the general responsibility for administrative coordination of the committees/teams and their respective programs. The council provides written monthly reports to the Board as well as an annual report summarizing the year’s activities that is submitted to the Board and made available to the congregation at the Annual Meeting.

Who can sign contracts on behalf of the church?

What is the role of individual congregational volunteers?

Volunteers are crucial to the life of the church. Without volunteers, the church is unable to fully operate. Volunteers typically develop the ideas for church programs and activities, they then staff those programs and activities and related committees. All volunteers who are Members of the congregation have the same weight of voting rights at congregational meetings and are able to initiate action on behalf of the church in accordance with our church bylaws and policies.

What are the requirements for membership in the congregation?

The by-laws state that people who desire membership in this church merely have to do the following:

We encourage Members to share their time, talents, and treasures in the life and ministry of the congregation.

To what extent does the UUA govern our operations?

UU congregations operate independently and autonomously, but we also benefit from our association with other UU congregations, i.e., the UUA. Examples of these benefits include:

What funding does UUCS receive from the UUA?

None. We receive no money from the UUA nor do we receive any subsidization of our paid staff from the UUA. However, as noted above, we do receive valuable services, as needed, from the District and UUA organizations and we contribute a fixed percentage (7%) of certified expenditures to the UUA. 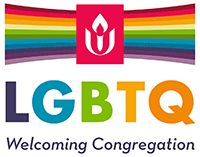 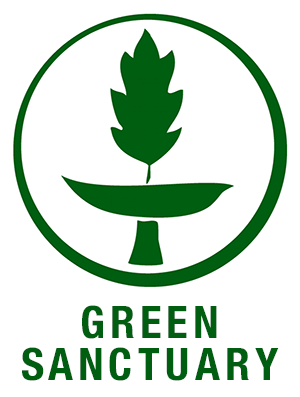